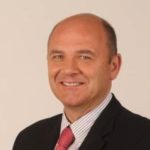 Zurich Insurance Group has appointed Dirk De Nil as CEO of Nordics, in addition to his current role as CEO Benelux, extending his management responsibility in the Europe, Middle East and Africa region.

He succeeds David Haak, who will assume the role of strategic advisor to the EMEA leadership team. These changes are effective immediately.

De Nil first joined Zurich in Hong Kong in 2008 as Chief Operating Officer for the Asia Pacific region. He then became Head of Operations, Property & Casualty and later Head of Sales and Distribution, Property & Casualty before moving to Morocco in 2014. De Nil has been CEO Benelux since February 2018.

Haak joined Zurich in Sweden in 2004 in his early professional career and rejoined the company in 2010 as country manager Sweden. In 2013 he became CEO of Nordics. In his new role, Haak will use his extensive experience and relationships with clients and brokers to strengthen and grow the existing business and explore new market opportunities.

De Nil will continue to report to both James Shea, CEO of commercial insurance, and Neil Freshwater, CEO of Zurich Insurance plc, Zurich’s main legal entity for the writing of non-life insurance business in Europe, based in Ireland. Haak reports to De Nil and continues to report to Freshwater.

The Nordic countries, comprising Sweden, Norway, Denmark and Finland, represent an important activity for Zurich, where the group supports local companies in managing their risks and serving international clients operating in the region.

Was this article valuable?

The most important insurance news, delivered to your inbox every working day.

Receive the trusted newsletter from the insurance industry