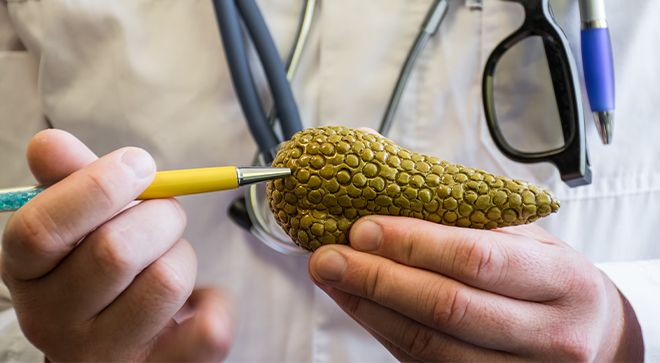 After pancreatic cancer resection, patients treated with adjuvant chemotherapy, in addition to neoadjuvant therapy, or first-line treatment with a combination of folinic acid, fluorouracil, irinotecan and oxaliplatin had improved survival, results of a study published in JAMA Oncology

The benefit of this specific neoadjuvant therapy, called FOLFIRINOX, has only been seen in patients with node-positive disease, or cancer that has spread to the lymph nodes.

“These findings will be beneficial for a group of patients as they will not need FOLFIRINOX afterwards resection of pancreatic cancer in case of node negative disease in the final pathology, ”said Dr. Marc G. Besselink, professor of pancreatic and hepatobiliary surgery at the University Medical Center Amsterdam at the University of Amsterdam, in an interview with CURE®“In addition, it draws attention to the beneficial impact of FOLFIRINOX prior to surgery.”

Pancreatic cancer patients often have a survival rate of 9% after five years, the study authors wrote. Several studies have shown that the current standard of care – surgical resection beforehand with adjuvant chemotherapy or chemotherapy administered in addition to primary therapy – can lead to recurrence in about 75% of patients within two years.

“This was a major pan-European collaboration to study the impact of FOLFIRINOX chemotherapy before and after surgery for pancreatic cancer,” said Besselink. “FOLFIRINOX has completely changed the landscape of pancreatic cancer surgery. More patients can now be offered surgery, but there were several questions about the optimal duration (number of cycles) and timing of FOLFIRINOX in these patients. “

The study authors reviewed data from 520 patients (median age, 61 years; 53.7% men) who underwent pancreatic cancer resection and two or more cycles of neoadjuvant FOLFIRINOX chemotherapy. Patients did receive (343 patients; median age, 61 years; 56% men) or no adjuvant therapy (177 patients; median age, 61 years; 49.2% men), defined as one or more cycles of postoperative chemotherapy with or without radiotherapy. The study authors calculated overall survival (OS), or the months between surgery plus three months – when patients would be eligible for adjuvant therapy – and death.

The median number of FOLIFIRINOX cycles administered in this study was six. Of patients undergoing adjuvant chemotherapy, 19.8% received FOLFIRINOX, 58.6% received gemcitabine-based therapy, 13.1% received combination or other agents, 4.1% received capecitabine, and 4.4 % received an unknown type of chemotherapy.

OS was observed for a median of 38 months after diagnosis and a median of 31 months after surgery. This did not differ between patients who received adjuvant chemotherapy and those who did not, as both groups had an average OS of 29 months.

Adjuvant chemotherapy improved survival in patients with node positive disease compared to not receiving the therapy (26 months vs. 13 months, respectively), although this was not observed in patients with node negative disease or cancer that had not spread to lymph. nodes (38 months versus 54 months (38 months versus 54 months, respectively).

“It is likely that following pancreatic cancer resection, FOLFIRINOX is only useful when pathologists find node-positive disease,” said Besselink. “In addition … there is no difference in the duration (number of cycles) of the treatment prior to surgery.”

Besselink added that more research is needed in this area, as this study was a retrospective cohort study, assessing outcomes retrospectively compared to assigning patients to a specific treatment. “Disclaimer, however, that this was not a randomized trial, so there is no 100% guarantee that these findings are correct at this time,” said Besselink. “Randomized trials are first needed for that. That’s why some oncologists will continue [advise] FOLFIRINOX chemotherapy also after surgery in patients with node negative disease. “