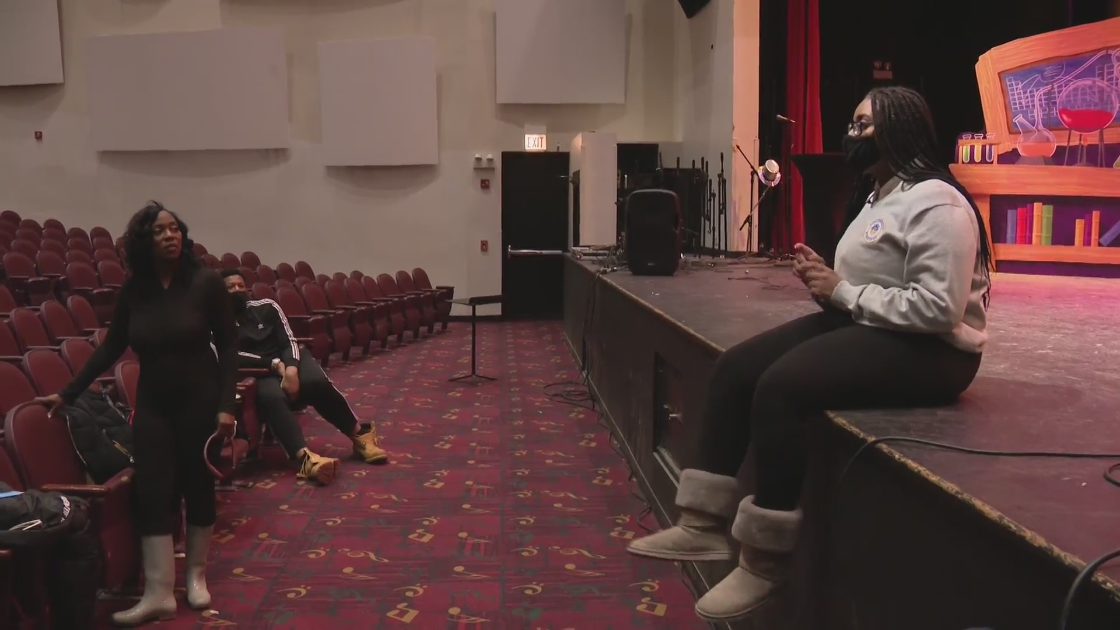 CHICAGO For Dorothy Jean Tillman, an undying thirst for knowledge began at a very young age.

“For me I had always been very advanced and I was in a school for gifted children where I may be in 4th grade and do daily work from 6th to 8th,” said Tillman.

A child prodigy, this 14-year-old’s family calls her Dorothy Jeanius or DJ, and with good reason.

At the age of 10, Tillman earned an Associates’ Degree from the College of Lake County, before earning a bachelor’s degree in liberal arts and humanities from Excelsior College in New York at the age of 12 through an online learning program.

It was then that Dorothy Jean Tillman took a keen interest in the environment.

“I was thinking about coral reefs and plastic straws and things like that that could have been on social media,” Tillman said.

Two short years later, Tillman earned a master’s degree in environmental science from Unity College in Unity, Maine, making her the youngest environmental and sustainable scientist in the United States.

Now Dorothy Jeanius is the CEO of her own company.

The Dorothy Jeanius STEAM Educational Leadership Institute was founded in 2020 to help students learn and get excited about STEAM – Science, Technology, Engineering, Art and Mathematics.

Tillman organizes “STEAM camps” at the Harold Washington Cultural Center on the south side of town, where students learn and experiment with all aspects of STEAM.

On this particular day, students worked on extracting DNA from an orange and rehearsed a dance for an upcoming performance.

During the height of the COVID-19 pandemic, Tillman put together home packs to help students stay engaged at home.

“There are courses, there are different modules to work through, there are worksheets for all different ages,” said Tillman.

Now Tillman ships her kits all over the world after being inspired by a trip to Cape Town, South Africa.

“We send our STEAM kits to Africa, so everything we do here personally in the camp, we put in a box to send there,” said Tillman.

The company’s profits are reinvested in the business and Tillman hopes to expand this concept.

Tillman wants learning to be fun and believes there is strength in it for everyone, in the hope that the approach can engage young people around the world.